Called “an offspring of Brancusi and early-twentieth-century abstraction” by the Whitney Biennial, where his work was presented in 2014, Alma Allen creates sculptures that have been the critical darlings of the art-collecting set for the past decade.
Painstakingly made in foraged wood, sculpted marble, and cast bronze, Alma Allen’s works range in scale from minuscule to oversize. These sensuous biomorphic forms caught the attention of collectors such as Beth Rudin DeWoody, Tobias Meyer, and Ronnie Sassoon and have been part of museum exhibitions as well as single-artist gallery shows.
Following the inclusion of three of Allen’s works in the 2014 Whitney Biennial, Time magazine named one of the pieces in their five best works in the Biennial.
This is the first volume devoted to this emerging artist’s work, with newly commissioned photography of Allen’s studios in Joshua Tree, California, and Tepoztlán, Mexico–two spaces designed and built by Allen that have been highly lauded by press and social media. A critical essay and extended biographical text make this an insightful and welcome monograph on one of today’s most sought-after artists. 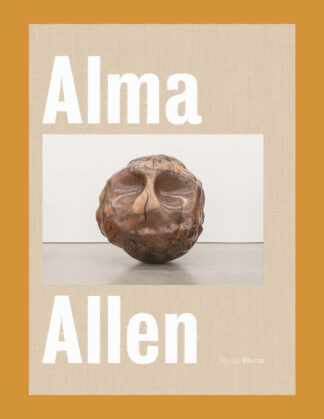