Alexander McQueen: Blood Beneath the Skin

When Alexander McQueen committed suicide in February 2010, aged just 40, a shocked world mourned the loss of its most visionary fashion designer. McQueen had risen from humble beginnings as the youngest child of an East London taxi driver to scale the heights of fame, fortune and glamour. He designed clothes for the world’s most beautiful women including Kate Moss and Naomi Campbell. In business he created a multi-million pound luxury brand that became a favourite with both celebrities and royalty, most famously the Duchess of Cambridge who wore a McQueen dress on her wedding day. But behind the confident facade and bad-boy image, lay a sensitive soul who struggled to survive in the ruthless world of fashion. As the pressures of work intensified, so McQueen became increasingly dependent on the drugs that contributed to his tragic end. Meanwhile, in his private life, his failure to find lasting love with a string of boyfriends only added to his despair. And then there were the dark secrets that haunted his sleep…A modern-day fairy tale infused with the darkness of a Greek tragedy, this book will tell the sensational story of McQueen’s rise from his hard East London upbringing to the hedonistic world of fashion. Those closest to the designer – his family, friends and lovers – have spoken for the first time about the man they knew, a fragmented and insecure individual, a lost boy who battled to gain entry into a world that ultimately destroyed him. 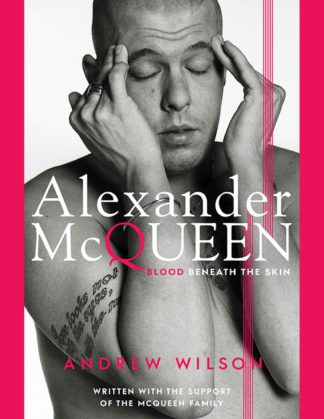