Alongside building an architecture that is iconic, Spanish architect Campo Baeza also creates rational buildings that enter into a dialogue with the place and its surroundings in order to, as he suggests ‘make men happy’. This well-designed survey of the architect’s works features a total of 23 works and projects, realised between 1980 and 2009 and accompanied by colour photographs, plans, elevations and models, along with introductory comments by the architect. Featured are such projects as: the Gaspar House; De Blas House, Caja General Bank Headquarters; the Benetton Nursery; Olnick Spanu House; and, Andalucia’s Museum of Memory. Included also in the second half of the publication is a sizeable essay by Campo Baeza himself, entitled “The Built Idea/ On Architecture” in which various ideas and themes are explored, such as the use of the colour white and the role of light in architecture, and, the foundations and future of architecture. 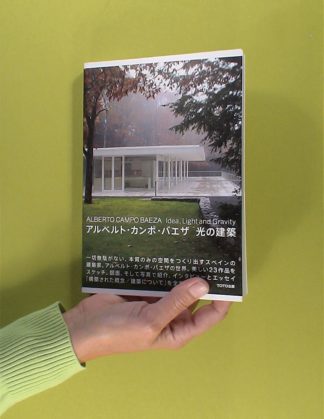