Pale Blue · is a tribute to an iconic photograph and an iconic figure, astronomer Carl Sagan. This photograph is the one showing the planet Earth, taken on February 14, 1990 by the Voyager 1 space probe at a record distance of approximately 6 billion kilometers, forming part of the Family Portrait (set of photographs of the solar system taken that day ). It is called A Pale Blue Dot, after the title of a book inspired by this photograph, written in 1994 by Carl Sagan, because the earth is there as a tiny blue dot. Albarrán Cabrera’s book Pale Blue · is a symbolic journey beginning with the origins of planet Earth. The different strata of this Earth help humanity to better understand its own origins and its evolution, and this “memory” seems to want to mean to him that their destinies are inseparable, but that it is the responsibility of humanity to “preserve and to cherish that pale blue dot, the only house she has ever known ”. 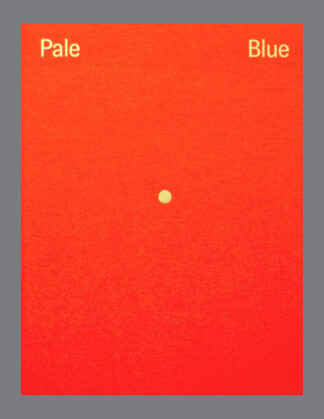