Adolf Loos, a pioneer of modern architecture, is best know as the leading figure in the reaction against the ornate Art Nouveau style of turn-of-the-century Vienna. His polemic writings, such as Ornament and Crime of 1908, sought to establish a distinction between architecture and the products of the machine age, between art and everyday culture. His entry for the Chicago Tribune Tower Competition of 1922 shocked his contemporaries with its brazen use of the column as the emblem of the skyscraper. His built works and projects are proud examples of rigor and austere beauty.
Adolf Loos: Theory and Works is the first book to present Loos’ complete works. Included are fifty previously unpublished projects an introduction by the noted Italian architect, Aldo Rossi, and an essay by Bededetto Gravagnuolo discussing Loos’ work in relation to the society of his time. Also catalogued are over 180 of his works, each with a critical analysis, visual references, a complete bibliography, and contemporary photographs by Roberto Schezen. 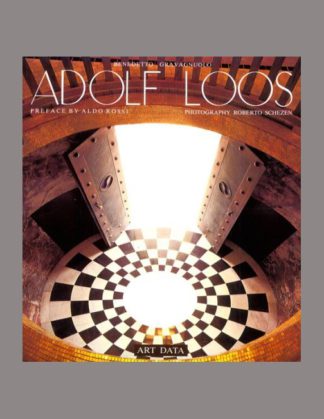