A Magazine No. 20 Curated by Pierpaolo Piccioli

Curated by the Valentino creative director, Pierpaolo Piccioli, and an homage to the people who share his values and ideas of inclusivity.

A Magazine Curated By Pierpaolo Piccioli comprises a still-life shoot by American photographer Joel Meyerowitz of those creative diaries, as well as a portfolio of inimitable characters (models Leslye Houenou and Hannelore Knuts, Principessa Nicoletta Odescalchi and the actress Alba Rohrwacher among others) shot by Charles H. Traub against some of Piccioli’s favourite Roman landmarks. There are also texts by the curator Francesco Bonami and poet Luigi Ballerini; stills from Call Me By Your Name director Luca Guadagnino’s short film The Staggering Girl; and contributions from Craig Green, Marc Jacobs, Undercover founder Jun Takahashi, and Givenchy’s Clare Waight Keller, who were all granted carte blanche on a chapter. There are also photographs by Piccioli himself. 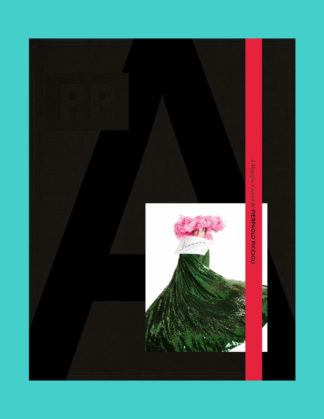 Je bekijkt nu: A Magazine No. 20 Curated by Pierpaolo Piccioli €22,00
In winkelmand
0