When architects design a house for themselves, the often tense relationship between clients and builders is usually absent That is why in many such buildings the architect-designer’s artistic stance and political position, preferences and antipathies, temperament and character are more pronounced than usual Moreover the architectonic theories, debates and trends of an epoch also leave their traces in them in a particular way Building for oneself has a special connotation under the conditions of migration and exile Among the most prominent examples are the private homes of Rudolph Schindler in West Hollywood (1922), Richard Neutra in Los Angeles (1932), Ernst May near Nairobi (1937), Walter Gropius in Lincoln, Massachusetts (1938), Bruno Taut in Istanbul (1938), Ernö Goldfinger in London (1939), Josep Lluís Sert in Locust Valley, New York (1949), Max Cetto in Mexico City (1949), and Marcel Breuer in New Canaan, Connecticut (1948 and 1951) 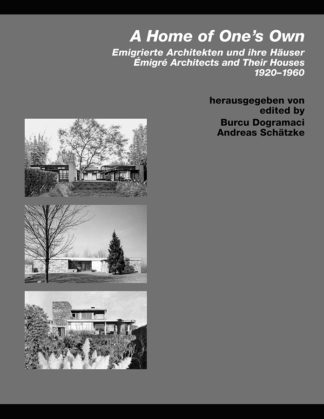