Benjamin Moser tells the story of this intellectual and examines the work on which her reputation was based. He shows the harassing uncertainty that lies behind the public mask: the broken relationships, the struggle with her sexuality; what brought her writing to life and what made it shake.

Moser was the only one allowed to use Sontags private archives and interviewed hundreds of people worldwide, many of whom had never spoken about Sontag, such as her last partner, Annie Leibovitz.

With photos by Diane Arbus, Robert Mapplethorpe and Andy Warhol, among others. IN DUTCH! 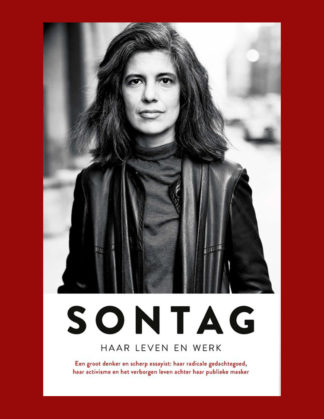