Explores the stimulating and productive relationship between painting and photography in American art. The essays in this book describe how this dynamic developed, beginning in the nineteenth century and continuing to the twenty-first–from Thomas Eakins to the Stieglitz circle and Georgia O’Keeffe to contemporary art.

The book shows that while the initial proponents of photography were struggling to secure its place among the fine arts, photography’s inherent expressiveness was leading painters to use the camera in their work. And as cameras and photographs became part of American culture, photographic seeing–how a photograph freezes, flattens, enlarges, and crops its subject–began to affect artists’ visual representations. This gorgeous volume, which also includes interviews with artists Robert Bechtle, Barkley Hendricks, and Sherrie Levine, documents the complex ways in which painting and photography have influenced one another–not to undermine each’s originality, but to celebrate the deep, continuing connections between them. 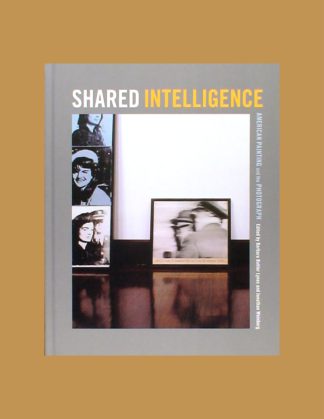 You're viewing: Shared Intelligence. American Painting and the Photograph €39,95
Add to cart
0