In the winter of 1958, Sergio Larrain (1931–2012) travelled to London. He spent just a few months there, but captured an extraordinarily powerful vision of the city.
Larrain’s London is a fast-moving blur of activity. His photographs reveal the signs of the emergence of a new, post-war London society: the class divisions, the burgeoning fashions of its youth, and the everyday life of Londoners about to enter a new decade: the Sixties. These images brought Larrain to the attention of Henri Cartier-Bresson, who immediately signed him to Magnum Photos.
This edition of London comprises the entire series including previously unpublished photographs from the archives of Magnum Photos. The book also features a text by the Chilean writer Roberto Bolaño, written specifically to accompany this series in 1999, as well as an essay by Agnès Sire, artistic director of the Fondation Henri Cartier-Bresson, detailing Larrain’s stay in London. 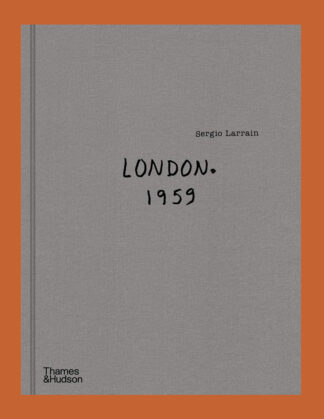