At a time when a major exhibition of his work, including the large nudes painted at the turn of the twentieth century, was on show at the Bernheim Jeune gallery in Paris. It was a revelation.
Guillaume Apollinaire was lavish in his praise for the man he considered “the greatest living painter”: “Renoir grows greater all the time. His latest paintings are always the most beautiful. And the most youthful.”
“Imperishable youth” indeed, to quote an admiring remark made in 1896 by Thadée Natanson, who saw Renoir enjoying unchallenged prestige on the art scene in the early twentieth century. He was acclaimed as an emblematic figure of Impressionism in the 1870s but he was also admired for being able to go further and renew a movement that was already winning wider acceptance. Like his contemporaries and friends Paul Cézanne and Claude Monet, Renoir was a reference for the new generation of artists. Pablo Picasso, Henri Matisse, as well as Pierre Bonnard or Maurice Denis expressed their admiration for the master and in particular for his “last manner”, referring to his work at the turn of the century. Great admirers of modern art such as Leo and Gertrude Stein, Albert Barnes, Louise and Walter Arensberg or again Paul Guillaume, collected Renoir alongside Cézanne, Picasso and Matisse. 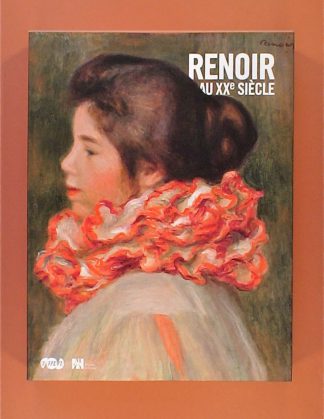