“Gauguin had clearly decided to violate social norms, destroy consecrated artistic standards and create a scandal wherever he went, and he was successful. He wanted to be a dissenter, a rebel, an outsider and a renegade, but through art he also wanted to rebuild the fantastic images of a Golden Age that had dominated his mind from his first travels around the world.” (From the introductory essay by Eisenman.) This book features a magnificent sampling of the artist’s paintings and an absorbing introduction by Stephen F. Eisenman, a noted scholar on artistic movements of the twentieth century.

About the Author:
Stephen F. Eisenman teaches history of art at the Northwestern University in Evanston, Illinois. He has published several critical studies on modern art and specializes particularly in artistic movements that developed at the end of the twentieth century. 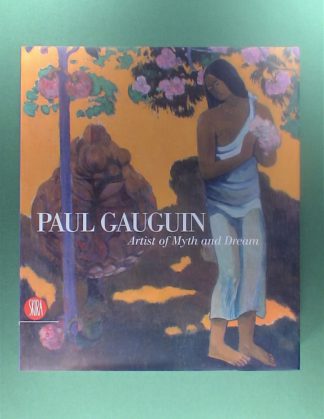