disponible en français available in english only to order

Belgian artist Paul Delvaux (1897-1994) had a special interest in trains and stations. Already in his first post-impressionist works, railways are central. In his later surrealistic work, trains or stations are a recurring but often brought to the background subject. Female nudes with big dream eyes, human skeletons, old-fashioned trains and wagons, stations and buildings with a classical appearance are the main elements of his visual language. Over time, unusual combinations such as electricity poles between Greek temples nevertheless became commonplace as part of a dream world, which despite its pronounced naturalistic character appeared extremely alienating. IN DUTCH! 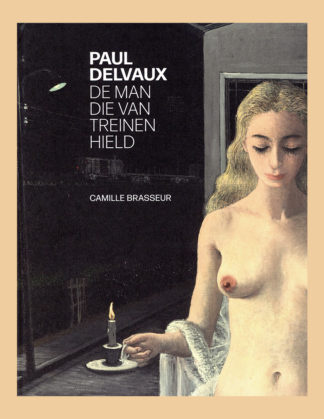