The Ottolenghi Test Kitchen includes Yotam Ottolenghi, the seven-time New York Times bestselling cookbook author; Noor Murad, crowned the queen of Middle Eastern feasts; Verena Lochmuller, the human search engine to every baking question; Tara Wigley, the in-house word wizard; Chaya Pugh, who adds heaped spoonfuls of spicy personality to the brew; and Gitai Fisher, the man who keeps everyone in check while making sure they stay out of trouble.

Yotam Ottolenghi is the restaurateur and chef-patron of the four London-based Ottolenghi delis, as well as the NOPI and ROVI restaurants. His cookbooks have sold over seven million copies worldwide. Amongst several prizes, Ottolenghi Simple won the National Book Award and was selected as a best book of the year by the New York Times. Yotam is a weekly columnist for the Saturday Guardian and a regular contributor to the New York Times. His championing of vegetables, as well as ingredients once seen as “exotic,” has led to what some call “the Ottolenghi effect”: meals full of color, flavor, bounty, and sunshine. Yotam lives in London with his family.

Noor Murad is a Bahraini-born chef whose international work experience eventually brought her to the Ottolenghi family in 2016. She developed recipes for the books Falastin and Ottolenghi Flavor, as well as for Ottolenghi’s MasterClass series and other online Ottolenghi publications. Her Bahraini roots have a strong influence on her cooking, with Arabic, Persian, and Indian flavors making a prominent appearance in her recipes. IN DUTCH!!! 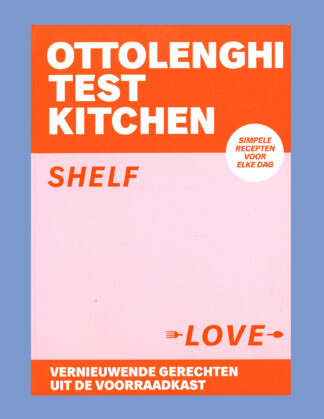