Hailed as “British dance’s true iconoclast”, Michael Clark is a defining cultural figure in the contemporary dance world. Since emerging in the early 1980s as a prodigy at London’s Royal Ballet School, Clark has remained at the forefront of innovation in dance, working in close collaboration with a broad range of pioneering artists such as Sarah Lucas, Leigh Bowery, Charles Atlas, Cerith Wyn Evans, Peter Doig, Elizabeth Peyton, Wolfgang Tillmans and musicians such as Mark E. Smith, Wire, Scritti Politti, and Relaxed Muscle. As a young choreographer, Clark brought together his classical ballet training with London’s club culture, fashion, and punk rock to establish himself as one of the most innovative artists working in modern dance. His work—variously referencing punk, rock, and pop—is marked by a mixture of technical rigor and experimentation in a way that disrupts and reimagines our understanding of dance. This book features a series of enlightening essays and vivid illustrations of Clark’s best-known performances, alongside archival material. Loosely tracing the chronological evolution of his career, a variety of cultural figures—ranging from Jarvis Cocker to Charles Atlas—write about the countercultural undercurrents with which Clark’s work connects. 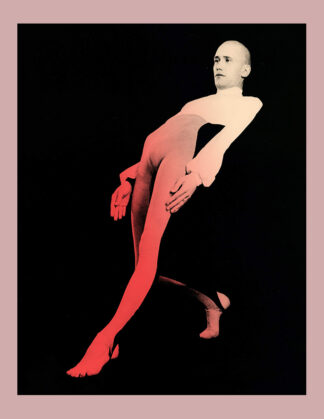