Kristoffel Boghaert (° 1965) lives and works in Ghent. He studied architecture at the higher architecture institute Sint-Lucas in Ghent and sculpture at the École Supérieur des Arts Plastiques et Visuels de l’état in Mons. Afterwards he worked as an architect for Christian Kieckens architects, Alvaro Siza Arqt Lda and AJN architectures Jean Nouvel. He then worked for 10 years as a project architect at Robbrecht & Daem architects on, among other things, the expansion of the Museum Boijmans van Beuningen in Rotterdam and the Whitechapel Art Gallery in London.

He founded his own office in 1992 in Ghent. He won the competition for the renovation of the Sint-Anna-Ten-Three parish church in Antwerp and for the preparation of a master plan and the realization of a new axis destination area for the Schoonselhof park cemetery, also in Antwerp, of which the 2 ° sub-project has been carried out .

Projects realized include a workspace for the sculptor Philip Van Isacker in Ghent (2002) (published in the Flanders architecture yearbook), a tomb for a young woman in Basel-Kruibeke (2003), a prayer room in the Catharina hospital in Eindhoven (2008) ), a three-generation house in Ghent (2008), interventions in a modernist villa (2010), the renovation of a farm complex in a protected landscape (2015) and the renovation of brick industrial buildings in Ghent (2016). Projects in study and implementation include the multifunctional interpretation, including an out-of-school childcare.

Since 2006 he has been teaching architectural design at the architecture faculty LOCI of the UCL campus Tournai (formerly ISA St-Luc) and has also been a scientific assistant at the Faculté Polytechnique of the UMONS since 2003.

Kristoffel Boghaert is particularly skilled in and has a special affinity with sacred architecture such as cemeteries, tombs and prayer rooms. “His projects are complex and restrained at the same time. Based on enriching analyzes, sober interventions and pure use of materials, he knows how to give spaces a specific, subdued quality. (Source: Concrete Diversity) 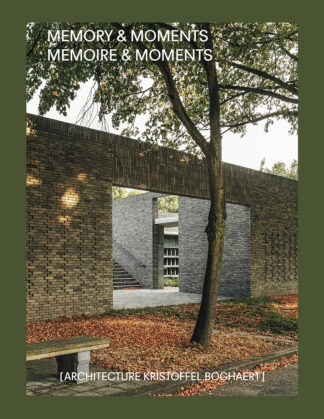