Catalogue of the exhibition ‘Marco Zanuso Alessandro Mendini Design and architecture’ which is dedicated to the two great masters of Italian design at the ADI Design Museum Milano.
It’s an homage to the different attitudes of Zanuso and Mendini, which were linked by the same determination to highlight the relationship between design and architecture. The book offers a comparison of Mendini’s postmodern and Zanuso’s modernist visions: two extremely different ways of doing design which were somehow complementary. On the one hand, there is Mendini’s attitude which offers a critical demonstration of one’s own work; on the other hand, there is Zanuso’s belief in the capacity of persuasion in the work itself. Divided into 12 themes, images and quotes from interviews and writings help us understand the relationship which links the two methods.
Thus, among references, comparisons and influences, the catalog traces the exhibition’s emotional journey with the addition, from April, of a special edition which includes photos of the exhibition designed by Giovanni Chiaramonte.(after Design Best Magazine) 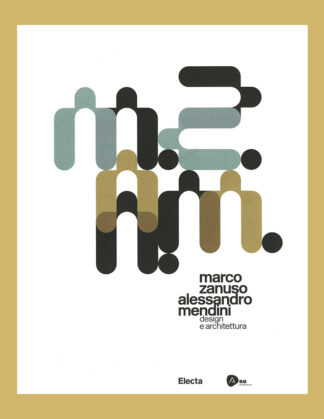