Rotunda is a book series produces by Trema Förlag. It focuses on contemporary architecture from Scandinavia (Sweden, Norway and Denmark). Each book in the series focuses on one single office or architect, showcasing a selection of their projects as well as interviewing them to try and find the reasons behind their work and their ethos. The third book in the series is about the danish architectural office Johansen Skovsted Arkitekter.

Johansen Skovsted Arkitekter was founded in 2014 by the two architects, Søren Johansen and Sebastian Skovsted. The office is based in Copenhagen and notable works includes the Tipperne project as well as the transformation of three former pump stations in the Skjern River project, both included in this book. 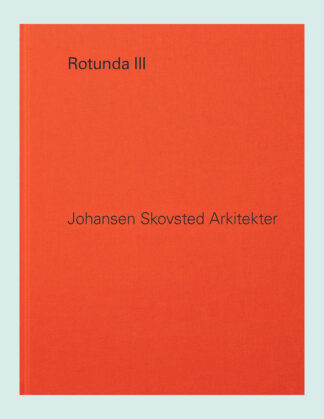