The house of Jean Prouvé is an avant-garde house of International Style/ Modern Movement, Built in 1954 by architect designer Jean Prouvé (1901-1984), as an experimental personal family home, it was acquired by the city of Nancy in 1990, administered by the Musée des beaux-arts de Nancy since 2013, and opened to visit as a Museum from June to September. The house, and the office of its 1947 Maxéville workshops reconstituted in the lower part, are classified as historic monuments by a decree of November 2, 1987.
The house is accessed on foot from the bottom of the land, the building taking place on a narrow leveling of the hill, 27 m long, on the upper part of this steep terrain. Parallel to the hillside, a long, solid stone wall is raised. A thin frame of glued laminated wood forming a very slightly curved plan and covered with a waterproof material, covers the rooms arranged in a row – Jean Prouvé called his house “the wagon”.

The house was completed in three months. Most of the construction elements come from Jean Prouvé’s company. 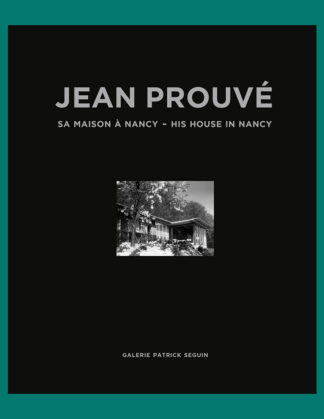