Jean Ginsberg (1905-1983) became known for a series of apartment buildings, most of them Parisian, all of which have exceptional know-how in terms of construction, distribution, comfort and plastic animation. . Author of two of the most admired works of the 1930s (at 25 and 42, Avenue de Versailles, in Paris XVI, respectively with Berthold Lubetkin and François Heep), the architect, refining the principles of organization of buildings and housing modern, will mark still more strongly the Paris of the post-war period. Each of its buildings or residences is indeed a remarkable piece of architecture, whose apparent austerity is always offset by benefits well above average. At the head of one of the largest French agencies, Ginsberg was also one of the main architects of the spectacular development of Monaco in the years 1960-1970. He was, finally, one of the few French architects to have made the integration of the arts an intangible principle, an attitude that greeted French Architecture in 1964: “A constant architecture of Ginsberg is the extension natural gardens he creates in the accesses of the building where the study of forms and materials spontaneously gives place to works of art of this time which are all served as they enrich it. IN FRENCH! 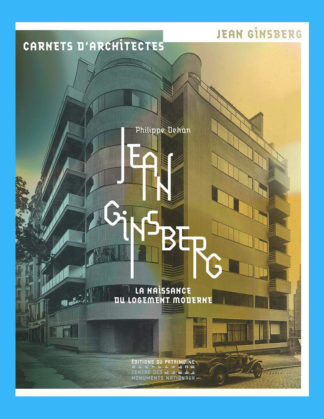