Jan Kaplicky: For the Future and for Beauty

This is the first monograph on the life and work of the Czech born British architect Kaplicky (1937–2009). It is a fully comprehensive work based on a decade of research and is a distinctive portrait of one of the most distinguished architects and designers of the 20th and 21st centuries. At the same time it is an exploration into historical events, which influenced a number of talented artists, writers and designers, some of whom were forced, like Kaplicky, to emigrate from Czechoslovakia in order to expand their skills and search for beauty through living in freedom in democratic countries. After immigrating to the United Kingdom in 1968, Kaplicky applied his imagination and diligence and enhanced his skills and aptitude, gaining admiration and respect following the co-founding of the innovative Future Systems studio in 1979. With his wide-ranging architectural and design œuvre Kaplicky affirmed greatness of his immense talent and ability.

The author was a friend, through their shared émigré life experience, giving him broad insight into the inception and realisation of this book. His aim was to write a book that would mirror Kaplicky’s life and work, a representation made up not only from the author’s own point of view, but also according to others with whom Kaplicky had been in contact during his life. So the book has many voices and has a kaleidoscopic format, which truly explores Kaplicky’s complex personality and his creativity. Kaplicky’s personal side is presented with sensitivity and his dramatic decision-making is explained to the reader from many perspectives . 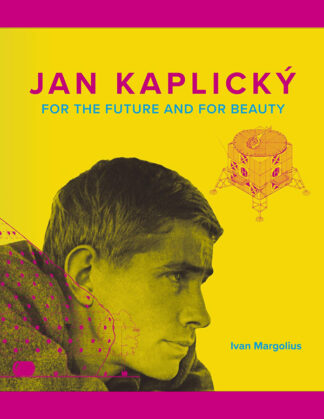 You're viewing: Jan Kaplicky: For the Future and for Beauty €78,00
Add to cart
0