In this book Coert Peter Krabbe looks behind the facades on the Amsterdam canals. Numerous interiors of the originally seventeenth-century houses underwent a metamorphosis between 1860 and 1920. They were elaborately embellished because the residents wanted to receive their guests in a suitable and contemporary atmosphere. This was true for the old regent elite as well as for the newcomers, including bankers and industrialists. Krabbe gives a beautiful picture of the decoration styles and techniques that were used in the interior and sketches – and this has never been done systematically before – the daily customs in the canal house. Modern developments such as the connection to the gas network, the arrival of the water supply system and the introduction of electricity changed life in the canal house. In a vivid way, he describes the interplay between clients, architects and craftsmen in the renovations, whereby the role of the architect became increasingly emphatic. This very well-documented view behind the canal façades provides an intriguing and in-depth picture of the residential culture along the canals in the period known as “the second golden age”. Coert Peter Krabbe is an architectural historian associated with Monuments and Archeology of the municipality of Amsterdam. Houses of Fortune has been published by Stokerkade in collaboration with Monuments and Archeology. IN DUTCH! 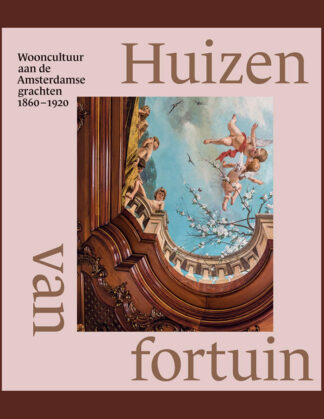