The traditional Jewish restaurant Hoffy’s has been a household name in gastronomy for more than 30 years. Since the much-discussed visit of TV chef Jeroen Meus to the Hoffman brothers, for his television series Good people, Hoffy’s has been known in Flanders and the Netherlands.
Judaism has many traditions and rituals, including the kitchen. Their custom to eat kosher is well known, but the fact that each of the many Jewish festivals also includes a separate dish is less widespread. The Jewish religious calendar determines which meal is on the table. There is the typical filtered fish on the weekly shabbat, latkes or potato cookies during Hanukkah, cabbage filled with meat for the feast of tabernacles and filled hamantaschen cakes with Purim.
For this book, the Hoffman brothers delve into the rich history of Jewish ritual feasts and write down their family recipes for these dishes, which have been handed down from generation to generation.
With each recipe, they briefly explain how the dishes are connected to the parties. In this way the Hoffmans offer a special insight into the culinary habits of an otherwise very closed community. IN DUTCH! 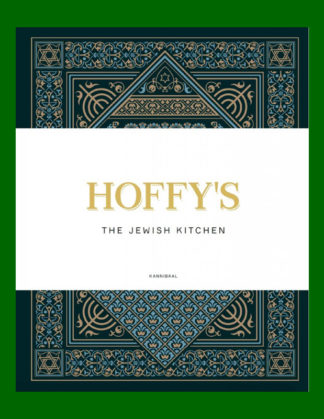