In 1908, The Friends of the Museum of Fine Arts Ghent acquired the Portrait of a Kleptomaniac (1820-1824), one of the five surviving portraits of the mentally ill that the French Romantic painter Théodore Géricault made in the hospital la Salpetrière in Paris.

Together with ‘the jealous one’ from Lyon and the ‘child thief’ from Springfield, this work forms the basis for an exhibition about both the physical and mental suffering of modern man. As a child of the French Revolution, Géricault (1791-1824) was familiar not only with the horrors of Terror, but also with the spirit of the Enlightenment and its scientific interest in the ‘human machine’.
Instead of a classic retrospective, certain themes were chosen, such as the human struggle, the fight with the other as well as with oneself, the struggle to break free from any oppression, the portrait as an interrogation of man and his destiny and madness as a metaphor for the total freedom of the mind, which is doomed to be locked up. These subjects are interpreted both in the artist’s oeuvre and in the spirit of his time. IN DUTCH! 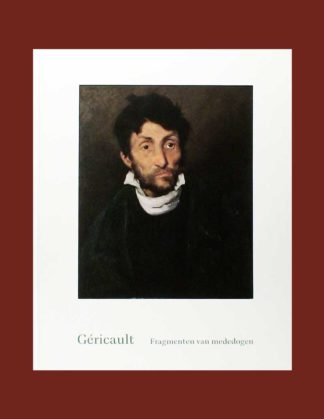