Gerda Taro: With Robert Capa as Photojournalist in the Spanish Civil War

Gerda Taro (1911-1937) is considered one of the path-breaking pioneers of photography. She captured some of the most dramatic and widely published images of the Spanish Civil War and was the first female photographer to shoot images in the midst of battle. Her willingness to work close to the fighting set new standards for war photography and ultimately cost her her life in summer 1937. Taro stands alongside early 20th-century war photographers like Robert Capa and David »Chim« Seymour.
In this biography, published for the first time in English, Irme Schaber presents groundbreaking insights regarding cameras, copyrights and the circumstances surrounding Taro’s death. 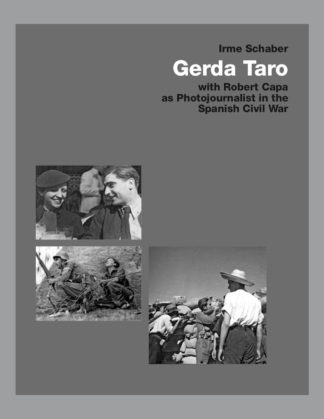 You're viewing: Gerda Taro: With Robert Capa as Photojournalist in the Spanish Civil War €59,00
Add to cart
0