Collected Essays on Architecture and the City

Maki’s treatment of his two overarching themes—the contemporary city and modernist architecture—demonstrates strong (and sometimes unexpected) linkages between urban theory and architectural practice. After writing about his first encounters with modern architecture and with CIAM and Team X, Maki describes his studies of “collective form,” the relationship between cities and their individual buildings. His influential essay “The Japanese City and Inner Space” traces characteristics of the Japanese city from the Edo period to contemporary Tokyo; his consideration of Japanese modernism begins with a discussion of the “Le Corbusier syndrome” in modern Japanese architecture. Images and commentary on three of Maki’s own works demonstrate the connection between his writing and his designs. Moving through the successive waves of modernism, postmodernism, neomodernism, and other isms, these essays reflect how several generations of architectural thought and expression have been resolved within one career.

About the Author:
Fumihiko Maki is one of Japan’s most prolific and distinguished architects, in practice since the 1960s. His works include projects in Japan, North and South America, Europe, and Asia. He received the prestigious Pritzker Architecture Prize in 1993. Among his current works in progress are the World Trade Center Tower 4 in New York City and the Media Lab Extension at MIT. 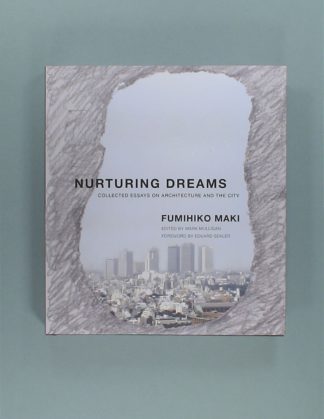