The French artist Jean-François Millet (1814-1875) was often criticized during his lifetime for his peasant paintings, because of his radical and raw painting technique and because of the sharp social criticism that would lie in them. Shortly after his death, however, he was embraced as a national hero who had captured the French countryside in all his glory. His fame stretched from Europe to America and Russia, and well into the 20th century he was a source of inspiration for his modern style and his empathic portrayal of peasant life.
In this publication, Millet’s oeuvre is placed in the context of artists he inspired, including Vincent van Gogh, Claude Monet, Giovanni Segantini, Winslow Homer, Paula Modersohn-Becker, Kazimir Malevich, Edvard Munch and Salvador Dalí. IN DUTCH! 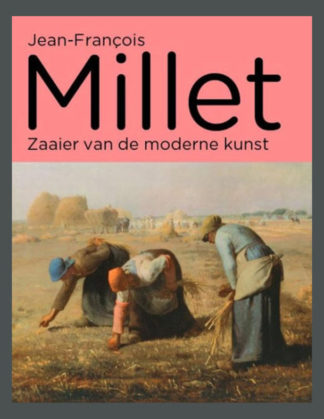