Pieter Bruegel is often seen as the embodiment of Flemish identity. Why has that been so since the revival of his work around 1900? How has he grown to become an icon, an inexhaustible source of inspiration and a huge cliché? In the exhibition ‘Feast of Fools. Bruegel Rediscovered’ the visitor becomes acquainted with a series of key works by modern masters and new creations by contemporary artists who ‘have a thing for Bruegel’. They latch onto his themes, reinterpret them, quote him … and thus demonstrate that his work has lost none of its relevance.
The exhibition takes as its starting point ‘the great misunderstanding’, when Bruegel, in the last years of the Romance era, was proclaimed a painter of peasant psalms, crackling snow landscapes and eternally rustling cornfields, with his roots firmly in the Flemish clay. The exhibition inquires the way in which Flemish, and by extension Belgian and international artists, handled his artistic legacy in the period between and after the wars. Hence we focus on James Ensor, Valerius De Saedeleer, Jules De Bruycker, Gustave Van de Woestyne, Frits Van den Berghe, Jean Brusselmans, Constant Permeke, Anto Carte, Otto Dix, Stijn Streuvels, August Sander, Hubert Malfait and George Grosz. 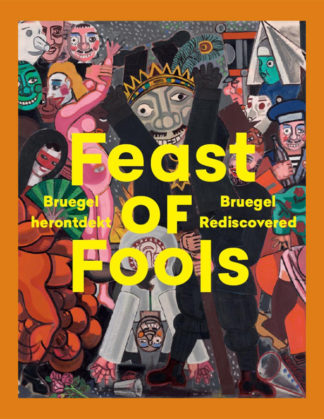