In Waagstukken, Charlotte Van den Broeck, elegantly navigating between reflection and narration, presents thirteen texts about tragic architects. It is the stories of well-known and forgotten architects who committed suicide on or in a building designed by them, or because of that building. Their intervention in public space results in a failure, or is experienced by them in a fatal way. They use the tools of pride, but fail.
Van den Broeck has traveled a lot and  in a tour of their latest buildings, she investigates the connection between personal and public failure, between the importance of public space and the authority of (usually male) architects. And of course there is a connection between building and writing – because is not all creation a form of daring?
About churches, swimming pools and theaters, post offices, libraries and villas, museums, barracks and kinetic wind sculptures; in places such as Turnhout, Ostend and Verchin, Rome, Naples and Vienna, Scotland, Malta and the United States; by architects such as Gaston Eysselinck, Eduard van der Nüll and Francesco Borromini, Lamont Young, Reginald Wycliffe Geare and George Arthur Crump. IN DUTCH ! 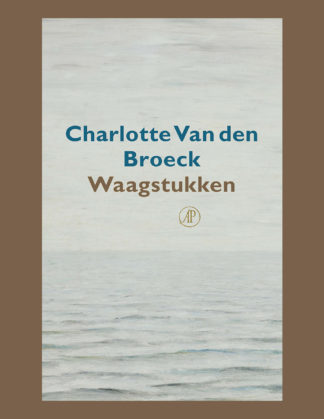