The Pompidou Center continues to review the major works of the 20th century and devotes a vast exhibition to Francis Bacon.

The last major French exhibition of this artist took place in 1996, at the Center Pompidou. More than twenty years later, “Bacon in all letters” brings together paintings from 1971 – year of the retrospective devoted to him by the national galleries of the Grand Palais – to his last works in 1992.

The Center Pompidou exhibition focuses on Bacon’s works during the last two decades of his work. It comprises sixty paintings (including 12 triptychs, as well as a series of portraits and self-portraits) from the most important private and public collections. From 1971 to 1992, (date of the painter’s death), the painting is stylistically marked by its simplification, by its intensification. His colors acquire a new depth, he uses a register
unpublished chromatic, yellow, pink, saturated orange.

The subject of the catalog deals in particular with the powerful link between Bacon’s works and literature. In addition, the triptychs are the subject of an exceptional presentation in the form of leaflets, to become aware of their visual impact and their relationship, from an unexpected literary angle. IN FRENCH ! 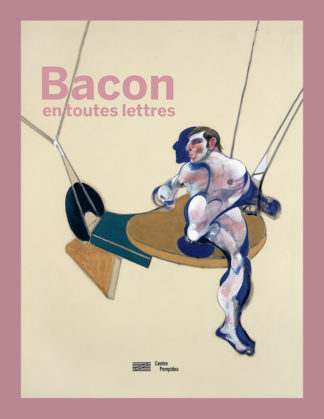