Perhaps no other great modern architect has been linked to a native country as closely as Alvar Aalto (1898–1976). Critics have argued that the essence of Finland flows, as if naturally, into his quasi-organic forms, ranging from such buildings as the Baker House in Cambridge, Massachusetts, to iconic 20th-century designs, including his Savoy vase and bent-plywood stacking stools.

What did Aalto himself say about the importance of nationalism and geography in his work and in architecture generally? With an unprecedented focus on the architect’s own writings, library, and critical reception, Eeva-Liisa Pelkonen proposes a dramatically different interpretation of Aalto’s oeuvre, revealing it as a deeply thoughtful response to his intellectual and cultural milieu—especially to Finland’s dynamic political circumstances following independence from Russia in 1917.

Pelkonen also considers the geographic and geopolitical narratives found in his writings. These include ideas about national style and national cultural revival, and about how architecture can foster cosmopolitanism, internationalism, and regionalism. Expanding the canonical reading of Aalto, this work promises to influence future inquiries on Aalto for generations to come.
Eeva-Liisa Pelkonen is assistant professor and chair of the Master of Architectural Design Program at the School of Architecture at Yale University. She is the author of Achtung Architektur! Image and Phantasm in Contemporary Austrian Architecture and coeditor of Eero Saarinen: Shaping the Future (Yale). 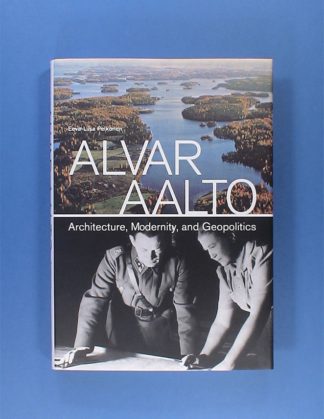