2000 Years of Housing in Vienna

From the Celtic Oppidum to the Residential Area of the Future: Housing as Social History

In his new book, Wolfgang Förster investigates into the development of housing in Vienna over 2 millennia – from the Celtic-Roman town of Vindobona over the cramped housing situation of the medieval residence city, the 17th century baroque city with its great number of street kids, the19th century metropolis with its pompous patrician houses and at the same time housing misery, the revolutionary social housing policies of 1920s Red Vienna, the decline of housing during Austrian fascism, Nazi period, and WWII, the reconstruction era with its pre-fabricated housing areas till today´s subsidized housing bases on the renowned developers+ competitions and “4 pillar system” As Vienna has been ( almost) continuously inhabited over these 2000 years, Förster argues, housing may well be used as an alternative way of history writing capturing the city´s socio-economic development better than the usual list of rulers and battles. 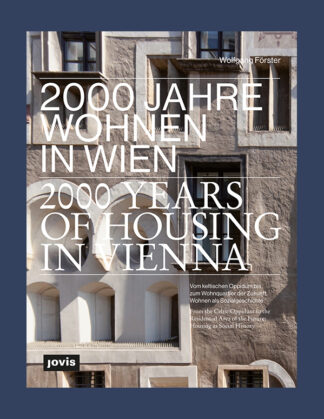